1. Hey Simon, which foreign language poet do you wish you could read in the original?

Honestly every foreign language poet I’ve read. I immediately think of Robert Desnos. Mayakovsky and Trakl. All those crazy wandering Chinese failed bureaucrat poets. I speak and can read Korean, but my reading is me trying to remember which vowels sound like what and vocally trying each sound until the word becomes the word. Unless it’s a word I don’t know, then I’m fucked. I checked out a book of Korean poetry and it was like “Oh, that’s an honorific…that word is moon…that word means loved one…” every five words or so.

2. Hey Simon, who’s the coolest looking poet from the past? 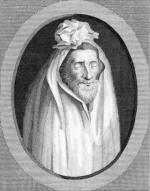 I’ve always liked this portrait of John Donne in his burial shroud.

This is from “The Perfectionist,” an essay by Elizabeth Hardwick about Elizabeth Bishop:

Strange things happened in her presence, emanations, a sudden efflorescence that might have come from the rubbing of a tamp. Once we were in a museum in Rio where there were many Indian artifacts. Elizabeth suddenly stopped and said, “Look.” We turned around and there was a group of naked Indians looking at Indian artifacts.

4. Hey Simon, got a favorite lyricist?

5. Hey Simon, any artwork that inspires you to write?

Lately the paintings of Miyoko Ito. I love the interiority, the amazing colors, the tones, her exuberant restraint. I’d like to write a poem that makes someone feel the way these paintings make me feel. A good goal, I think.

Big Kids by Michael DeForge. Its exploration of perception and teenage love, and how it’s done with such intimacy through minimal text and really abstracted drawings, is truly mind-blowing. The book realizes all these new particular kinds of expression and connection in a way that’s only possible within the medium of comics/graphic novels. I don’t really know how to describe it, just go get it and read it.

The Thirty Years War by C.V. Wedgewood. A fascinating book about one of the great transformative events in modern European history, a horrid, senseless calamity where millions were murdered, entire cities and villages destroyed, because of the machinations of moron princes and feckless dukes. The book was written during the 1930s, and there is an undertow of intense foreboding. A lot of books I read seem to have an undertow of intense foreboding.

To The Lighthouse by Virginia Woolf. I recently reread it. For a long time Orlando was my go-to favorite novel, but damn, this book. Time and absence, y’know?

Garments Against Women by Anne Boyer. It is the best book I’ve read about being a certain kind of writer (the writer who writes despite/because no one has asked her to do so? I’m not sure) in contemporary America. A scathing critique and diagnosis of the various paradoxical material and psychic demands that culture and people put upon one another, of suffering, of being different and knowing that you are different, how relentless life is to those who differ and suffer. It is also very funny, and has this quality of boundless empathy.

When I was in fifth grade, my family bought our first computer. It came with this World Book CD encyclopedia. There were probably 20 videos/sound files on it. One of the videos was of a bridge (the Golden Gate?) swaying during an earthquake. Another I remember is footage of the last Tasmanian tiger, walking around its cage and laying down. There was an audio file of Robert Frost reading “Fire and Ice.” Although I didn’t understand the poem really, I would listen to him read it over and over. I don’t think I even particularly liked it, it was just one of the 20 things I could listen to. But I still think about that poem a lot. I still don’t really quite understand it, but I think it’s very rad. 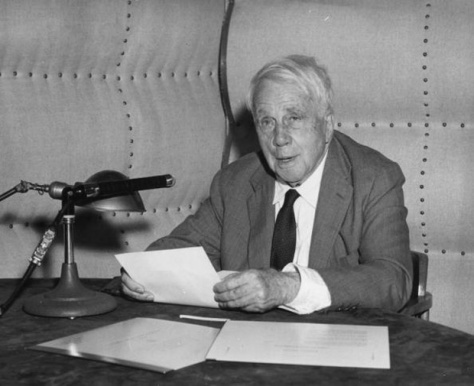 9. Hey Simon, what do you read when you’re not reading poetry?

I just started A Legacy of Spies by John le Carré. I just can’t get enough of that spy stuff. I also love bizarre, niche reference books. I recently bought A Dictionary of Heraldry, edited by Stephen Friar, the Director of the Society of Heraldic Arts. A sample entry: “Boreyne: A similar monster to the bonacon, but with a barbed tongue, dorsal fin, the fore-legs of a lion and eagle’s claw on the hind legs.”

Three Poems by John Ashbery, although maybe it’s three long poems that equal a book? I’ve been reading The Crystal Text by Clark Coolidge on and off for years. Here’s a part of what I read this morning:

Still the sentence is hard won.
One has to fight through to the sentence
through the crowding and disparate ones.
Only spiked and jostled on the way does one achieve it.
Some of the words are sharpened and must be coaxed
and laid back into their velvets. Some should
not have appeared at all and appear to know it.
Some come too easy into use and must be questioned
and most discarded. The numberless ways weary
the mind’s hand. It is always late and dark
and one seems always about to settle.
Give me some unfastened knowledge.

A few years ago, a good friend of mine, Jonathan, a fiction writer, told me the only Ashbery he’d ever tried to read was Flow Chart. I probably said something like “What?!” I’d never read Flow Chart so he gave me his copy. I read maybe a fifth of it and mostly forgot about it. Then a few weeks ago, I was very sad and drunk and alone and I went to a bookstore and spent two hours browsing. I ended up purchasing a copy of Flow Chart and as I was leaving the store I immediately remembered that I already had a copy. I felt too weird to walk back in and return it so I took it home. I now have this formidable task of not just finishing Flow Chart, but also having to read it twice.

11. Hey Simon, have a favorite time of day to write?

For a while I was working two jobs which resulted in an erratic sleeping schedule. There were times when I would wake up at 3 am and read and write past sunrise. I loved it so much. The quiet and darkness, Prince sleeping, just a lamp and books and paper, then the gradual wakening, hearing doors open and shut, cars starting, then the birds start chirping, the sky turning from black to a dark dark blue that slowly brightens, and sometimes there are clouds, and by then it’s the day.

12. Hey Simon, ever write a poem about your cat Prince? 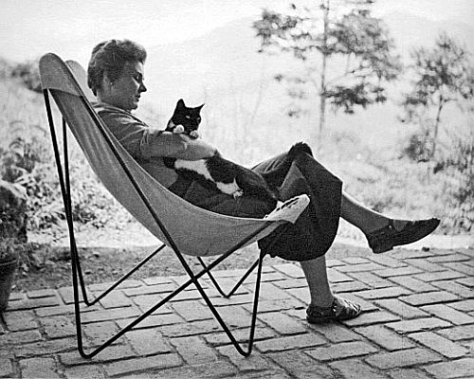 I’m a big Elizabeth Bishop head and this question reminded me of a poem she wrote for a pet. She wrote in a letter from April 1, 1951 to Robert Lowell:

My darling toucan died; I still can’t bear to think about it. It was all my fault. I used an insecticide the man in the store said was “inoffensive” to animals, and it killed him. There he lay, just like life only with his feet up in the air… I am trying to write Sammy an ode—incorporating a lot of poems I wrote about him from time to time—Most comical of all in death…

Anyway, I got a lot of ideas to incorporate in an endless, frivolous (but not entirely, I hope) poem I’ve been working on, or accreting, about my poor dead toucan.

This is the poem “Sammy,” from her uncollected/unpublished collection Edgar Allan Poe & The Jukebox:

Most comical of all in death,

I killed you! I didn’t mean to,

of course; I cried & cried–

It was all my fault,

The cook made gingerbread

(I’d taught her how)

I could cry all over again.

You cheered me up.

You were so funny, Sam.

looking at me, sidewise,

and I cried & cried full of wickedness

(I think birds do see colors)

and anything bright red.

I was afraid your life was boring.

Remember I bought you

a pair of ten-cent-store, Carnival

and hung them in your cage for you

I loved you, and I caged you.

Kind of a bad poem, part of me thinks it shouldn’t have been published, but ya gotta satisfy the completists I suppose. There is actually a longer, more detailed version of the poem in the notes section of the book, there was a line in it I liked about how Sammy would “shriek” when he saw tomatoes. Anyway, I guess I was touched by how she thought about Sammy for decades, and how difficult it is to write about a companion animal relationship. The last line “I loved you, and I caged you.” reveals, at least for me, a strange truth about the whole human/pet dynamic. I think a lot about animal “intelligence” and things like whether animals can “love.” I think it’s rather obvious that they can and do, but how does one “prove” a thing like that? I remember getting into an argument with a friend, who does not have pets, and her saying that humans project their emotions onto pets, and me saying something like, yeah, that’s kinda the whole point.

So, to answer the question, no, not really.