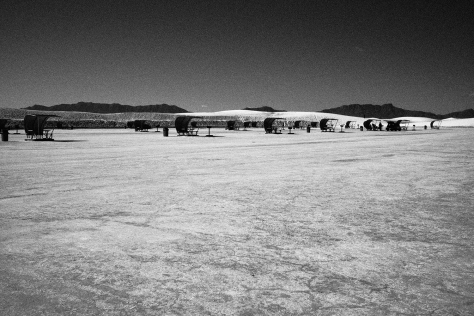 YOU CAN’T QUIT ME, I’M FIRED

My war got set late

“Darkness on the Edge of Town”

on the edge of town

I kept smashing and smashing

All hours I used it

as an excuse for bad behavior

Can that be possible without

two three-legged dogs in sight of

POEM FOR MY FRIEND IN MAINE

is an anti-diarrheal that’s been taken off

the market. To scold, we say “Very poor!”

At Olive Garden my language got stuck

& I ticced. The rabbits we liberated from

your father lived a number of years. I found

your letters from Spooner, but I didn’t open

them because almost nothing is worth

reliving, certainly not your first banishment.

Tucked in with postcards my mother sent

from the Mayo Clinic. This must be another

by the jar, the trucker barreling toward Acadia.

ANVIL OF THE MOON

As ever, mothers and fathers

paste in the code to make the

machine work, and they wait.

Out of fashion, wringing hands,

so whether you have the reach

get unstuck and ask below it

would I watch my teen son

bang the cymbals in a summer

holiday parade? Or, banning that,

not bar but ban, take the route

I cruised last decade through the

I hurl this or that instrument,

the anvil moon itself, against

some bricks (the sun if it offends

me). When you say a child will

want for nothing, is that things

or ideas? The kind of time wasted

driving on state roads with no

the street screaming to upset

the dogs of my neighborhood,

that implausible the expanse of

time before I could afford to buy

sunglasses. It took forever and

I HAD HOPED NOT TO REPEAT IT

Step through a portal into deep discount

where the governor proposes a pet food tax

the lack of mercy, generic last I heard

his sister’s running a church out of an RV

Blink hard and through one gateway you

arrive to a flea market with a rattlesnake

in a big aquarium, stay a few minutes more

Thought you’d appreciate a relic but

you’d rather have the cash

A LIMIT TO WHAT I’LL LET MY ENVY DO

Inside the beach house I’m told that I

trying to speak through operating room

gets hung up. The house is incomplete, its

basement a hole I can’t tell if I’m trapped in.

One tacitly trains others how to respond,

and in this half-constructed house, where

a party is supposed to be taking place, I am

assuring strangers. So what is weakness?

Some chintzy crap I wanted and was denied

arrives to save me—or my self at age four

barking on all fours pretending to be a dog,

woofing and arfing until the doctors take

notice. The team pats and praises her, gives

her a dog biscuit she snaps in half to share.

She holds it out to me, says this is my

body and your body. I sit up. She says

that’s a good girl and I chew and swallow.

I am healed. I rise. I levitate. Why wouldn’t I?

all before, she was bored by other women’s

struggles. I stick a pin through her eye in a

Polaroid. Her friend gets drunk and tells me

to key her car. I decline. The fuck I will.

coastal one—can you cast judgment on we

who had to lie for every pair of shoes or new

album? She wanted that house too much, and

still it barges into my dreams when my mind

wants to tease me for my envy. I called a former

boyfriend a part-time job once to a friend, then

swore him to secrecy. Want does this, makes a

mercenary. In the house, doors lock or don’t

in inverse relation to desire. All closed up with

me alone inside like the kid who falls asleep on

the school bus, wakes up in a junkyard terminus.

(Nerve damage)    (Upstairs behind a window (looking down))

(averse to secrets) (much of the work) (under nondisclosure)

(Their bad faith is necessary) (crisis of the small heart)

(connotation of a pledge)        (curled toes over time (possibly inevitable))

(repulsion plus malfunction)     (witness how (who) she takes care)

Krystal Languell lives in Chicago, where she works for the Poetry Foundation. She is the author of three books: Call the Catastrophists (BlazeVox, 2011), Gray Market (1913 Press, 2016), and Quite Apart (University of Akron Press, forthcoming 2019). She was an adjunct in New York City for seven years.