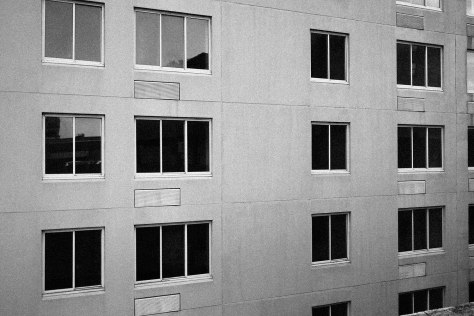 “Abide by whatever task is set before you as if it were a law, and as if you would be committing sacrilege if you went against it. But pay no attention to whatever anyone says about you, since that falls outside what is yours.”

he lifts his white-haired cap

to pull down face flap

he wants to say he has seen

the mountaintop where he is King

this is why he goes skinless and sheds

i call my mother to say

i had to watch Real Housewives

of Atlanta just to stop my mind

from quaking this body cold

she has already answered

wraps his arm around my chest

sits close to one our breath

we tell the horrors

this is a spell we cast

what is for you is not for you

what is not you is for you

for what is you is you for

what is you for

is you what for

is at you or

f you what you is for

“One does not give up a lover; you lose her.”

there was a storm; it was trouble-hue that shakes death dice until smooth palms turn calloused and snake eyes bleed maggots through the black. that was how s√he loved, in slip-tongue forking through the ear to tease sense into dull passion-quake, and when sense pried itself back, s√he had a crowbar answer. oh, s√he liked to twist until nipples cracked pus that stuck to cloth: healing. s√he loved that way, too. the devil likes you to hallelujah-talk baby, or slick, or everything you’ll never have. that’s just the way justice be. when s√he loses you, it will be because s√he’s sniffing another blood trail. that’s all women are: blood to paint real, breathing. s√he’s been jealous of wriggling babes for eons. s√he likes you to sigh-spring, baby, or slick, or everything you’ll never have. when s√he loses your sweat on the tongue, your spent body slumped against glass, s√he was never there at all. you just imagined that spirit, clever blaze. blame the glory cannonade of thumping heart or the haunting of an empty house. blame possession and angels and demons and that one movie you watched that convinced you that shadows stalked. when s√he loses you, don’t worry; s√he’s still close. those thin ticking fingers know the tap of your hipbones by hurt; s√he plays other music, a grim percussion aria. and when another wo/man with inked fingers says, thank you for being such a wo/man about this, and you realize s√he means the shifter has shadowed those sheets, too, smile toothy clean. there was a storm, all hue and cry, bodies twisted in brutal dance to stamp their living on. you made your claim to pock, and still the moon sands shifted. s√he never bore a scar but you.

on changing my son

What is divinity if it can come
Only in silent shadows and in dreams?

Reliquaries of distorted faces and slips

of name in waking dream, the mind

rules the tongue that belonged to many

through years and in the years to come

will be one’s bounty. I would damn

the memory but for fear,

the daily ritual of morning tea with honey

over the preening orchid –

and, instead, a long dead beard’s musk

or a snoring song heard when young

with face smiling in plastered tolerance.

again, knew the divine even

when disgusted by his raw flare

I soothed that heaving

when terror wracked him enflamed;

they would no longer open for air,

what the mind would erase. I train

synapses to fire one rhythm: 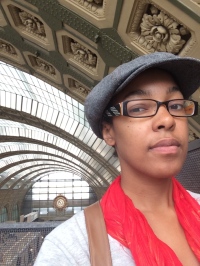 Raina J. León, PhD, CantoMundo fellow, Cave Canem graduate fellow (2006) and member of the Carolina African American Writers Collective, has been published in numerous journals as a writer of poetry, fiction and nonfiction. She is the author of three collections of poetry, Canticle of Idols, Boogeyman Dawn, sombra: (dis)locate (2016) and the chapbook, profeta without refuge (2016). She has received fellowships and residencies with Macondo, Cave Canem, CantoMundo, Montana Artists Refuge, the Macdowell Colony, Kimmel Harding Nelson Center for the Arts, Vermont Studio Center, among others. She is a founding editor of The Acentos Review, an online quarterly, international journal devoted to the promotion and publication of Latinx arts. She is an associate professor of education at Saint Mary’s College of California. She recently completed a teaching poet residency at the Museum of the African Diaspora in San Francisco and will be the 2019 curator for the Community Voices summer program and Fall 2019 mentor for the Poet-in-residency program. She is currently curating a poetry series at The Berkeley Art Museum and Film Archive in celebration of the 10th anniversary of The Acentos Review and Latinx arts.