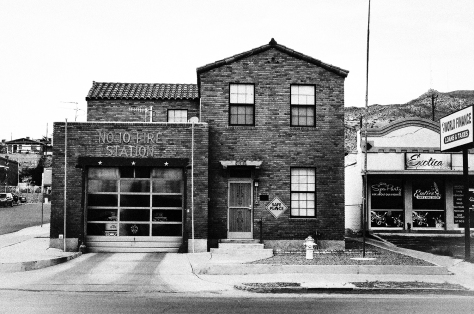 In bandage light and leafy swaying of wires,

Vehicles put to the test in an atmospheric swelter

Of ever more sterile fields. The destiny chip

On the edge of my cup is a pre-Christ Magdalene

Face saying come on baby (she called me Zygote Boy

For I was just a silhouette-free for-profit

Facility among the nation’s many) your room is called

The nursery, listen. And I heard dogs barking

Their hearts out in a locked station wagon

Buttercup, she said. And there were white turbines:

Time was passing, or had passed at too many speeds to count.

Mother’s chair reclines but worries too

much, is scarred, rocking at the center of

that glows in size but loses its faux wood

depth, her Cronkite, her Rather, but it

or bad news. What is the world coming to?

had her drip-drip again, her chemo

but is too sick to answer the phone and won’t

get any better. But she’s hanging in there.

gets rides with Go Go Grandmother

that lets her keep her Jitterbug to get an Uber,

calls it a dating service for old broads.

Our mother’s chair waits in the rain at church,

at Yoga, library, the store, as Go Go

Grandmother draws money from her

who once took cats and dogs to get put down

while we were at school, can shield us from death

no more. Her chair searches for her friends in

obituaries, makes the most see-through

weak-ass coffee in the world. Her chair’s sons

keep her up all night, one boy is in

and pitching empty airline vodkas into

the trees. Her ex-seminarian child

in perpetual corduroy is still

a bachelor but may manage the Shoneys

soon. The baby lives vampirically in

our mother’s chair’s back bedroom, will turn

50 this year, can you believe that? and is

printing another of his little books,

needs to get a job, bless his bones, but

he’s writing a poem about her singing

bicycle built for two to each of us

what went wrong, but says she just can’t

quit bragging about us at mahjong and church.

I’m right here, locus of borderless barking with no map

To find me and my gnomic riddler she-beast sphynx

Who sings out from her wind-eaten face three hard-as-hell questions,

Between me and pavement, the bulletproof eyes of power

Meters. Heat assumes a forever effect. If there could only be

In lighter fluid, where a boy in red t-shirt and dress shoes

Too big for him weren’t running with offertory basket

Between row after row of metal chairs as grandma starts

The day’s meeting. Ask me: how many days

Has it been, how many fingers am I holding, got a match?

Is a small bird flecked with mustard or

Centerline paint from a highway

By a wire fence and grass

And a building where

In Nebraska this morning.

The bird is growing smaller and

Smaller as the highway stretches and swells

In the heat. The governor called

As he turned his shaven head to the mirror,

As Moore turned his head to the mirror

Side of the window to say I love you

To no one he really knew, a doctor,

Officials, and a reporter, who wrote

Before turning blue, his face

Changed, realizing the magnitude of what

Was happening to him. The sensation

And longer to become disbelief

As a sparrow flicks feathers pasted together.

Did he know his family wasn’t

Behind the mirror? This morning,

There was a man strapped

To a cross-shaped bed saying

I love you to his own face.

A student a thousand years ago wrote

About getting a tattoo when I told him not to

Then I told him focus

On an object that says something about you

I told him come on think of something you

Can turn over in your hand

And if there’s not…

And I remember his precise block script

About the smell of his hand gun

How the wound was a city that light

Went inside and how his lover’s inked face

Was still on his back when he

Drove his truck into a uniform supply store

And who had given him gonorrhea

But I told him to give his work a name

He wrote at the top of the page

I don’t remember which base town I was in

Or his name just his face

In the newspaper his handwriting

On ruled paper torn from a notebook

He’d be much older

Than the man standing over him telling him

What he couldn’t write about

Not listening to his story until now

LETTER LEFT IN ITS ENVELOPE

Lifts to his savior’s lips

Spills over into this quiet

Letters of my name

On the unposted letter,

The king’s portrait on

The stamps, a stranger’s hand

Rising up in the deep earth

Smell of the monastery

Wake of buses behind

Stench of the Guadalquivir

Along the river’s concrete

The blood of an animal

Are the first of many

Stages in a long process,

A method and recipe

With rice and onions,

Resulting in a delicacy

Paired with a small

In the sun on Contesa

You are the only

I can be most

Said to a woman I

Loved then, whom I

Was trying too hard

On my timeline means

This week, to whom

From twenty years ago

Walk this city alone I

To you or myself

And no one else.

Bullied and bruised the boy was told again

To fight back each week, but came home bloodied,

This time with his worksheets and books

Thrown from the window as the bus pulled away.

Because his clothes were torn, he couldn’t board

So went home, where the school day burned

His aged father didn’t know what to do

When he found him sitting there. Failing

Another grade, he couldn’t keep repeating them.

But the man, over sixty, couldn’t keep

Telling him to throw punches, so he called

His child in sick, loaded his truck, and drove him

All day and into the night on one-lane,

Un-crowned roads across the border through

Sonora to take him sailing on a boat

He left down there, sun-cracked in an oily

Slip beside jaundiced pilothouses. He

Didn’t know what to say to his son

So they drove. They stopped to piss in chalk fields

In a tavern carved into Nogales hills,

Where mariachis inside rock walls played

“Perfidia” so loud all they could do was smile

At each other. When they arrived at dawn

The boat was draped in dust, her sails torn or

Missing. Blue smoke encircled them when he

Turned the key, then her motor stopped. Strands of

Thin white hair rose from the sunburnt dome of

His father’s head as he labored over

The engine, killing any day they had left.

He kept telling him, boy go on below,

Get some sleep, but his son liked watching his

Father work until it started. They let it run

A while before they found an old hotel

Bread in the broth. Let’s not stay here, he said,

So they motored the sloop out into Mexican

The placid bay, their sailboat without sails,

Under power, a father living the

Last months of his life with his nine-year-old

Son, steering them into a rocky cove,

What if the motor didn’t start again?

Would they fall asleep to find themselves on

The rocks? But the boy remembered he was

With his father, who had the power to

Pull him out of school and start a motor

In the sun. This same man in a hospital

Bed, his body shrouded in a thin blue

Gown, hand shaking as he offered his son

A plastic cup of water from the nightstand,

As if the Sea of Cortez might never stop

Lapping against the hull, halyard chiming

The mast, his father still beside him breathing. 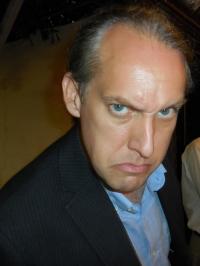 Miles Waggener is the author of four volumes of poetry: Phoenix Suites, Sky Harbor, Desert Center, and most recently Superstition Freeway, published last year by The Word Works of Washington DC. He has been the recipient of The Washington Prize as well as individual grants from the Arizona Commission on the Arts and the Nebraska Arts Council. His poems have appeared widely in such journals as The Antioch Review, Crazyhorse, Beloit Poetry Journal, North American Review, Notre Dame Review, Cutbank, Gulfcoast, and Hayden’s Ferry Review. He heads the creative writing program at the University of Nebraska at Omaha, where he has been a faculty member since 2006.